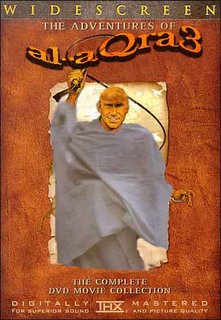 Who sneaked out God’s “Credit” (or Blessing) list? Have you ever heard something like “If you pray on that day, your prayer blessing will equal that of 100 prayers on any other day”? First of all, when did we worshippers decide to bargain with God? I mean lets say, for example, a prayer on Friday afternoon would have 10 blessings. When did we just go “Aaaaiiiihhh… Naaaah, that’s just not cutting it for us… God…. We need more blessing to keep it interesting”? “A prayer in that mosque would equal an Omra (a smaller version of Hajj) with the Prophet”. If you pray on that spot then stand on your head and turn 360 degrees, you’ll get 70 blessings. What is this indulgence? When did we lose sight of what we actually are supposed to do? A prayer is a prayer. It will be good for us today, and would be good for us tomorrow. It will be blessed tonight, and it would be bless a year from now. We will benefit from it if we’re in Kuwait, and we would benefit from it if we’re in Mozambique.

Ummm… Yeah… About this chapter… Well it’s not happening. Upper management put the kibosh on it.

What’s with the anger, people!!?
Calm down, c a l m… d o w n…
I’m not kidding when I say that people there are nothing short of being comically contradicting. One moment they are asking forgiveness, “O’ God forgive me (the weeping usually starts here), please admit me into your grace, into your mercy. I pray for all my loved ones—“ then you see something only seen in Superman comic books. BAAAM!!! BOOOM!!! SMAAACK!!! The guy is fisting and elbowing his way through an equally barbaric current of people. And of course, to every action, there is a reaction, a huge knuckle-buckle, kick-o-rama… which does lead to a few purple bruises and sore spots… even death.

As I was doing my pilgrimage chores (milestones), I promised myself to be a practicing peaceful Muslim (that’s what it literally means… Muslim) until that is, I got brutally attacked by a 70 year old 4 foot 5 inches Indonesian woman, who gave me a smirk kind of look, a look that can only be interpreted as “Hey… if you can’t handle the heat, get out of the $!@#! kitchen”… That was it for me! That was war! A few moments later I was awakened from that trance by the cries of another woman, a victim of my war-like, barbaric behavior… From that moment on, I chose to be the punching bag rather than the boxer on the ring.

The Throwing Stones at the Devil chore (from now on TSD for abbreviation) is a hoot! I’m sure the Devil was there, by choice mind you, just to laugh at the insanities of what people shout as they are throwing the stones. I’m sure Satan was there saying “yeah right, it was me not the 34 C’s on your neighbor that was the reason behind your affair”. When will we stop projecting the devil inside us onto the Devil? When will be claim responsibility for all the rotten things we do?

Instead of writing a paragraph here, I’ll just raise a question and leave it open.

Should Hajj be taken literally or figuratively?

lol This deserves an Emmy, Aqra3
Chapter 8 cracked me up.

And worshippers follow their prophet. Didn't he PBUH bargain with God on the number of daily prayers?

I think it's both literal and figurative; I mean you cannot have one without the other. It's a mental and physical experience I guess.
Al-Aqra3, bravo, although I was expecting it to be a little more juicy in comparison to the previous chapters :)
My cousin got hit by a runaway stone. It hit her right smack on the neck.
I'm personally afraid of being trampled over.

interesting..... i do agree with u in some points especially when it comes to anger management some people really need to control themselves and behave in a civilized manner, one of my relatives when returned from Hajj he doubted that his Hajj will be accepted because of all the cursing and the hot temper, and there is no comparison between Hajj today and before.... in old days I remeber my grandmother Allah yr7amha saying that she went to Mecca by a boat and car, so all in all it took them weeks to reach Mecca.... y36eek il3afya :)

I must say I love this part in ch.7 bcz I am not surprised this happening there!

Emmy accepted... I'm most humbled.
Yes, but our Prophet bargained to reduce the amount of prayers, to lighten the load on us. We need more incentive now-a-days i guess ;-)
-----
erzulie

What I meant was, if it was figurative why do some people insist to do Hajj exactly how it was done in the old days (without keeping in mind that some technological breakthroughs were not available back then). If it was literally, then we have to follow it by the T. We have to ride camels. :P

I kept it really short because some people (kila ma6goog) thought the first post is too long.

Al-Aqra3: Yeah, I know what you mean. I just thought that the figurative part is more mental, the contemplative part...I think that matters more than the literal part, which I think of as the physical activity of "6awaf" or something like that...
And sorry about my cousin...? Was that comment for me? I'm lost...

Absolutely, the idea behind the physical ritual is more important.
About your cousin, yeah I'm sorry she had to go through that ordeal ;-|

lol ... 3ala 6ool dvd? no show in the theaters? n wut's with th whip?
i got few things to say (actually type) so be as kind as you were with me the last time guys, k?

chapter 4:
unfortunatly not everybody thinks the way you do, allah ytammim 3alaik. some people need to be tempted inorder to worship or repent. this is one of God's many ways to show his mercy towards us, so give them a break, will you? He did.
however, some of them folks do exagerate out of ignorance. they simply need a gentle advice.

chapter 6:
lol ... they had etc., it is the latin abbreviation for (et cetera) meaning (and the rest/and so forth), and since latin existed 300 years before 3eesa 3alaih essalam, so they must have came across it ... yeah i know, did my hw on this one ;p
as for the littering machines n the rest of wut U came across, well ... it's sad. a whole system of مرور and penalties is needed to deal with them.

chapter 7:
look at the bright side! now u have more reasons to be gratefull for being a human being than a punching bag. add to it few 7asanat that u must have earned, inshallah ;)

Ch 4: I agree with you on this. I never understood how you can barter with God to redeem your soul, and even whether getting spiritual brownie points for being at the right place at the right time and saying/doing a certain thing is where it's all at spiritually. I mean, yes it is part of it, but not all. It feels like I am being treated like a child ( hope I am not being blasphemous here, istaghfir Allah). Should you be good, kind, and remember God just for your own selfish benefit in hopes for a cushy afterlife, or because of the intrinsic beauty and spirituality in being good and loving God for the sake of it? I am of the latter opinion, and this is how I try to live.

Ch 6 : Yeah, well, Hajj is a messy, exhausting and tortured spiritual journey you make for the sake of your faith... Personally? Inshallah if I go Hajj, I am getting myself on one of those luxurious Hajj 7imlas. I am a total wuss and hate crowds, and don't like looking at refuse or smelling bad smells..

Ch 7: Once, the first time I went to Cairo with my family, I was shocked and bewildered by a man getting ready to pray the 3isha'a prayer outside in the street of a delapidated mosque. A dazed, dying and weak little kitten wandered onto his prayer carpet. He angrily kicked it away cursing, probably because it was dirty and he didn't want his area to be more contaminated (if thats possible in Cairo). I wanted to whack, kick, and smack him repeatedly. And not just because I love animals. Because he was defiling his act of prayer with his hatefulness and cruelty. Again, most people are very sadly confused and in the dark with this whole buying yourself brownie points to get into heaven thing.

It is good you were able to resist the anger of the mob...

Ch 8: Even though I believe there is evil and that there are demons and Jinn etc. etc. etc. according to my faith, rationally the devil is just an embodiment and scapegoat for our own human spiritual and physical follies...even the 34DD blond ones ;)


Ch 9 : Both. It is a journey in both the figurative and literal sense. One exists only in accordance with the other being partnered with it.