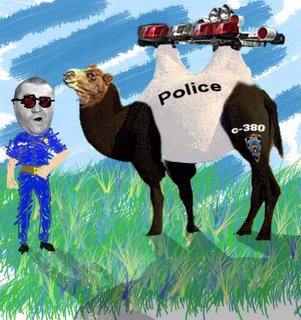 This has worried me a great deal. A world without idiots… As enticing and exciting as it might sound, it is actually a problem. For this fragile ecosystem to survive, we each have a role to play. And if someone else is playing the role of the selfish idiot, then hey! I'm just glad it's not me.

Wooooooowww (in a Californian Surfer Dude accent)... What is this all about you ask. I'll tell you…

I was driving to work. It was rush hour. The traffic was bad. I was a bit frustrated but what could I do? That’s life. For those of you, who are not familiar with a "ROAD", please check the pictures below later.

I was on the extreme left lane. Traffic moving slowly. I looked in the left side mirror and I saw a car driving past me. I was a bit confused, have I strayed to the center lane and that guy on my left was actually on the left lane? What? I dozed off or something? I looked to my right and counted… No… I WAS on the left lane. Was he driving on the safety shoulder? (An area for emergencies and the such).

Sure enough, a few seconds later, followed by a cloud of dust and dirt, the guy passed me by. As if a chain reaction has been set off, other cars were following soon after.

Now I just can't help but wonder… What was that guy thinking as he drove by?

"Why are all those stupid fools not using this forth lane, the one suspiciously laid out with bumps?"

"My time is so valuable, no one would mind that I cut in line and just disrespect everyone abiding by the traffic law."

Any thought is not excusable. I certainly don't enjoy nor welcome the pebbles and rocks that fly off that safety lane unto my front window. Unless of course I'm using that window as a piece of modern art… Yeah… that would be something wouldn't it? I'd call that piece "Shattered window". How much would it go for? Nada!

I also wonder if that guy's personality resembles the attitude in which he drives. I cannot believe nor would I even entertain the possibility that that guy is a respectable and sensitive person, who puts others before himself. If that was true, he'd put me in front of him on the road! Are people like him always looking for ways to bypass the system? To short cut everything?

And of course, every story must have a great finale.

I was once in a similar situation, I saw a police car driving on that safety shoulder after a couple of cars used it. I was like "YEAH!! Finally… book'em! Fine those idiots!" And of course, as everything else in this country… a big disappointment! Apparently the idea of using that safety shoulder didn't cross the cop's mind until someone showed him how. 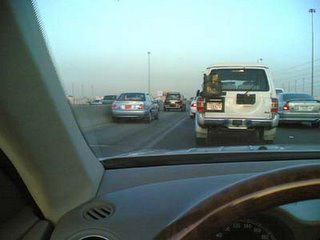 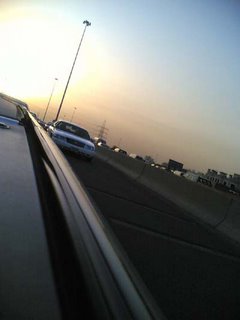 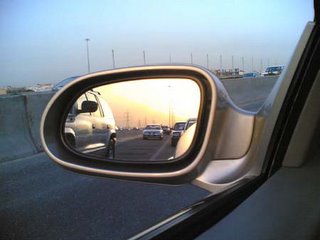 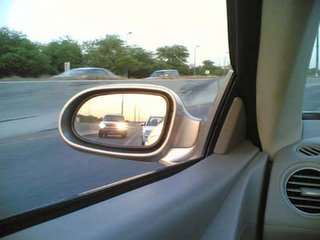 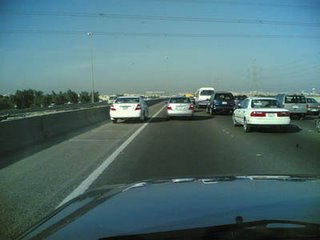 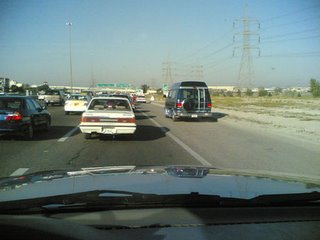 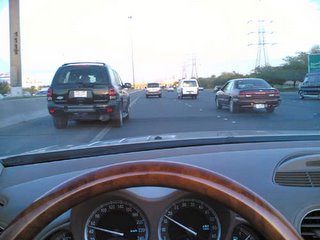 On a seperate note... Working closely with a camel is a dangerous thing... 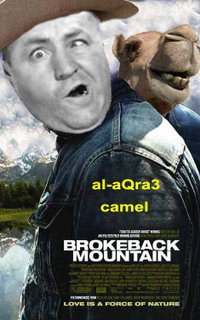 looool didnt read yet..but the pics are too funny

i dont think they are nearing extinction any time soon actually they are increasing in population and some day they will be more than human being .. any how .. i didnt drive yet in rush hour in kuwait but it seem that it is the same every where .. nice entry :)

I don't appreciate the pebbles that hit my window too. The pictures are quirky and fun :P So...wait I don't want to mix anything up but you and the camel? Is that a satyrical Middle Eastern twist on the original?

hehe.. Good and funny post.. I too get frustrated when I see drivers drive on the safety shoulder.. and I only see it in Q8 :(

The Funny thing is you post comments to your self, isn`t it Hilarious??
very funny heheh!!

I didn't understand what you meant. But yeah its hilarious! ;-P

same same in Bahrain.... especially the Seef Mall or Shaikh Khalifa and Shaikh Salman highways (i'm assuming u don't know them), people still do insist to use the emergency lanes, and if before a roundabout u refuse to give them chance they would start cursing and giving looks as if i'm the one who did something wrong... funny pictures :)

Kila ma6goog..
sure its hilarious because he adds comments for his blogs with different identities...
;Pp
Got it or yet ??

It is autographed by the members of this blog.

Is it an NYPD or Q8PD belt?

I can't disclose that information LOL... you have to buy it and see :-P