Mary had a little lamb... 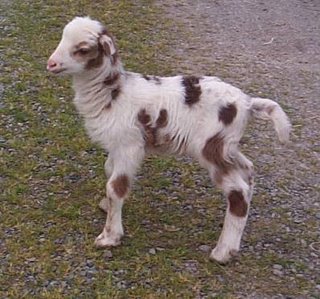 I'm writing this post and I'm suffocating with a sadness that is unbearable. This is not a funny post. This is a distress call but I know that it is going to deaf ears. Those of you who will sympathize with this post are not the people with the problem.

I really don't know how or where to begin. I'll jump right to it.

It is strange how people justify the insensitive things they do. Their cruelty towards other beings. I'm amazed at how people manage to completely remove all their compassion to the last bit... Stripping away their hearts... Heartless zombies... Scientifically the heart muscle is an organ that pumps blood and keeps the blood circulated. But in literature, when the heart is referenced, it would be the center of compassion, the home of feelings, the counterpart of the "thinking" organ, the brain (but I don't know how one can survive without the other).

Ok… to be more clear… I'm not talking about people abusing other people, there are laws and a justice system to handle that (yeah right!). I'm concerned about how people justify what they're doing to animals. And I'm not talking about the butchering… at least there, the animal's misery would end at death.

God damn it… what? Animals don't feel? Just because our brain is functioning at a higher level than the animal's (yeah right!), doesn't mean that our hearts are as well.

I'm having difficulty writing… the pain caused by what I saw is so intense it's just pushing my rib cage out. (I might be exaggerating a bit... yeah right!)

We have a neighbor ok? He's "supposed" to be a man of religion. Now they have a cute (underline Cute) lamb tide outside their house. For the last week, every time I pull out of the house or return, I hear this poor unfortunate lamb making that sheep noise. And it is as obvious as the rising sun that the lamb is calling for his mother. You can just sense his pain, his voice… his call… his desperation… reaching… hoping his calls will be answered back with a motherly reply… and the warm body of his mother close… But in reality, he's only answered by the cold air, and the occasional scare of a car whizzing by, just half a meter away from him. And when he gives up on his wailing determination in reaching his mother… and he finally falls asleep, all alone… it would only be until the next day when he gathers enough strength to start again.

Are we so sure that since this little lamb is not "like us" he cannot feel loneliness? That being robbed from his God given right to a mother nursing him, loving him… is ok? Why? Oh, because he cannot SCREAM OUT THE WORDS "I NEED MY MOTHER"?

You know what? If I ever do get married and have kids of my own… I'd love them deeply and would not refuse them anything… but when their happiness comes at the expense of another being's suffering… they better be prepared to hear the word "NO".

And you know what? I'm not even against having a pet. But would it kill them if they got another lamb with this one? To keep each other company? And would it kill them to put the lamb inside the house? At least be sheltered by a brick wall… it's no "mother" but it is better than being thrown outside in the street and tied with a rope.

I'll cut this short since I've heard many complaints that my posts are long.

On a final note… if you doubt that animals DO feel… read the book "When elephants weep".

God damn it… I'm so furious… 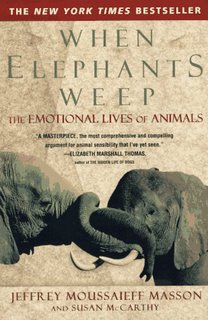 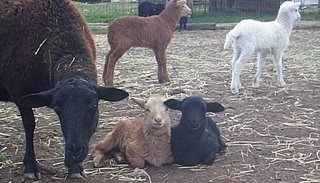 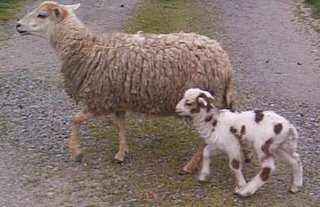 believe me .. nowadays animals have feelings more than humans !
at least animals can not fake their feelings but humans can do..
thanx for this nice subject ..

Hon, is it about the lamb's lonliness, or is it just that his voice is annoying? :-p

No, honestly, my heart bleeds for the little sheep ... nice writing, by the way **sniffs and wipes her face with her hands** your posts aren't long, I always enjoy reading you, aQra3

One of my friends was on his way to abdaly when he saw an Indian shepherd sitting beside the road minding his own business and he looked like some sort of a status!! My friend tried to talk to him but the Indian guy couldn’t even turn his face, it turns out that his sponsor has left him in the desert to take care of the sheep for one whole week without any food supply or money!! It was damn cold and the poor guy was wearing (wzar) and he has been eating Xerophytes or a cactus, I don’t know what it's called! His lips and hands were shaking and his knees were shivering, the poor man was starving
Anyways If it wasn’t for (what was left) from the sandwiches from my friend to that poor man, he'd probably be dead by now!! And no one would have noticed, probably the &*#$ sponsor would be cursing him for dying and not taking care of the sheep

I remember when there was a newspaper article in Kuwait written about a couple of young men who voluntarily broke two sheep's backs and legs without any reason at all. People were appalled by their incredulous behavoir so much that it made it to the papers.
I think animal rights are a bit of a reach in Kuwait, although your post did make me teary-eyed - thanks for the illustrative photos at the end. I mean, we should see how people treat their housekeepers and service (sometimes worse than animals, I don't know how that's possible but it happens) before we bat an eye at animals.
Have you ever gone to the Friday Souq? See how the animals are caged up. See how the chained mutts are provoked to fight.
It's sad.
Sometimes you want to buy them only to set them free.
Bedoon i7sas wallah.
Next time you see the lamb, kidnap (lambnap?) it or let it loose.
And your posts are not too long. People are too lazy.

it seems that u r an animal rights activist which i salute u for..... ur brought lots of bad memories one of them when i was a child i grieved about my two canary birds which have been barbarically eaten by the cats... what made things even worse is the fact that our inconsiderate housemaid simply flushed them down the toilet:( recently one of my cousins had a beautiful pair of birds in their kitchen but their housemaid also decided that they weren't worthy to live she simply opened the cage and let the cats enjoy eating them... when asked why did she such a thing her reply is that the birds were too noisy and didn't let her concentrate on her cooking :(

I can relate so much I might be inhuman for saying this, but I can tolorate watching a human hit another human only I can't bare to see someone hit or abuse animals.

Street cats in Kuwait break my heart because I believe they see the worse abuse ever from a lot of teeneage Kuwaiti guys who have nothing else to do but scare the hell out of them by trying to run them over!

This might sound inhuman again but it brings me greate comfort that GOD will punish every person that has ever mistreated an animal.

its not inhumane what you're saying... its actually the complete opposite. It is SO HUMANE.

Nobody can doubt that animals can feel. It's a solid fact, if there is such a thing.

Sorry, I couldn't help but trip at your 'tide'. I'm sure you meant to use 'tied' instead.